Oxford Circus, in the heart of London, is one of the world’s most congested intersections, with more than 80 million pedestrians crossing it each year. The innovative makeover allows shoppers to walk across Oxford Circus diagonally for the first time. Atkins' design was inspired by Tokyo's famous Shibuya crossing, renowned for allowing people to cross with ease.

Atkins was appointed by the Crown Estate to improve pedestrian movement and the quality of the public realm. This involved the introduction of the UK’s first large scale, diagonal crossing and a radical increase in the amount of footway space. Our solution enabled all existing barriers and street clutter to be ripped out and remodelled in order to give pedestrians the freedom to move around quickly both straight ahead and diagonally – across both Regent Street and Oxford Street.

A seven month programme of site operations had to coordinate with London Underground improvements, maintain safe and convenient retail operations, street clutter clearance and utilities works, as well as implement improvements including granite paving, lighting mounted on buildings and wayfinding. The completed project had drawn significant public and professional support and Oxford Circus is again a place to visit for its change in character both by day and by night. The solution has resulted in a dramatic reduction in pedestrian congestion. 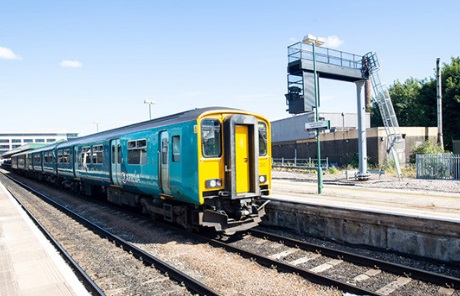