Engineering in a woman’s world

Preeti works in Engineering Project Design Management at Atkins. When we asked her what it is she does she said: “I collaborate to solve problems using lateral thinking – it is suffice to say, no two days are the same.” 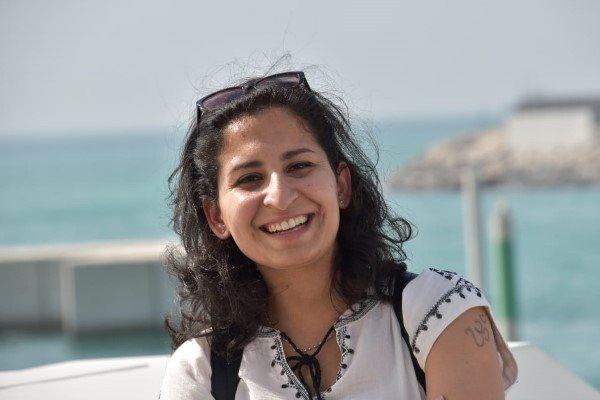 Preeti shares her story of self-confidence and motivation.

‘You don’t see many women doing that!’

I recall one morning on site during the Birmingham New Street Station project. We were working in the public realm and there I was wearing full orange PPE protective gear. An elderly man approached me looking surprised and said, ‘You don’t see many women doing that!’ We chatted for a bit about what I was doing and then he wished me well and carried on with his day. Although a trivial encounter, he made my day. Perhaps I had changed a perception and that memory has stuck with me ever since. It makes me proud of the difference I’m making with the opportunities I have at Atkins.

Every year Atkins gives employees two extra days’ leave to volunteer, and we’re encouraged to support STEM and other charitable causes. This gives us the chance to entice fresh, diverse talent into Atkins and the wider industry. I’m a STEM ambassador myself and have represented the business at various TeenTech and school events. It’s great to see many girls becoming excited about the amazing career possibilities that they never would have considered before.

Engineering a man’s career? Nope, at Atkins it feels like a people’s career.

It’s true that the lack of female role models has meant that the industry hasn’t been attracting many women. But I believe there are enough women out there who are showing us that Engineering is no longer a man’s career. The gender balance in my office is fairly equal, which includes women in senior technical roles. I’ve also encountered women working on site in construction, including a female crane operator and welder. Times are a changing – and I believe the gender balance will soon be equalled!

I’m supported to grow personally and advance my career

Working at Atkins has helped develop my confidence immensely. I have also learned crucial soft skills like negotiating, diplomacy and team working. I have a very encouraging and supportive line manager, who happens to be male, and is always open to hearing my thoughts and ideas. So I’ve never felt at a disadvantage compared to my male colleagues.

The time I felt challenged in a male-dominated society…

In my career at Atkins I’ve worked on projects of various scales and in different roles and have always found it enriching. I have led project teams both in the design office and on site, in the UK and in the Middle East. I admit I felt pressured to perform better where women Engineers were not the norm. But I ensured that I was always fully prepared and knew exactly what I was going to be doing. Initially this involved creating extensive notes, researching and sometimes even revising. However, over the years, the time I invested in this preparation has truly paid off. As I’ve gained more and more experience, a lot of things have now become second nature. This helps me think on my feet and come up with creative solutions which clients and professionals from other disciplines often find impressive. And at the Atkins business, even in the midst of a crucial site activity or client meeting, I know that if I need support it’s only a phone call away!

And some parting advice for young and ambitious female colleagues…

I often meet young women who feel that they lack the confidence, experience or skills to put themselves up for the ‘glory projects’ or take on opportunities that will help them progress their careers quickly. I would like to say that, ‘confidence, experience and skills’ come by taking up these very opportunities. Dive into the deep end where the learning curve is much steeper. As daunting as this may sound, this will lead to an exhilarating and fulfilling career: say, ‘YES’ to all the possibilities and believe in yourself!

Job Title               Structural Integrity EngineerWe are looking for an outstanding candidate to join the structural integrity assessment and design team within our nuclear business. The work diet

Atkins’ Building Design division are looking to appoint a Senior Façade Engineer into our multidisciplinary team in London. The successful candidate will lead the technical delivery of façade engineer

Diversity, inclusion and wellbeing at the Presidents Awards

Hinkley Point C (HPC) is the first nuclear power station to be built in the UK since the 1990s. Technically complex and the country’s largest infrastructure project – our talented people from Atkins are supporting its development.

How to work our Grad Programme for all its worth

In 2016 Louise joined Atkins, a member of the SNC-Lavalin group, as part of our Graduate Development Programme (GDP). Since then she’s been raising the bar on all expectations. We caught up with her to find what her secret is to enjoying so many amazing opportunities so early in her career.

How flexible working has benefited me