Are smartphones a distraction or do they help drive productivity? In the case of Gen Z, the answer is they do both. According to a recent report, the devices help them ‘… kill time as well as be more efficient and entertained.’2

So what are they doing when they’re using their device? According to the same report, more than half of Gen Z respondents (52%) are creating and sharing content with others.1 That includes photos, videos, written articles, text messages and audio recordings.

43% of people surveyed by the same company create content at least weekly and a similar number consider sharing to be important. They’re spreading news and views through online platforms, apps and even their own website.3

It gives these digital natives a way to engage with others and – importantly – express themselves. Almost two-thirds (62%) are more comfortable doing this digitally than in person.4

It helps to highlight a point made in a 2017 survey, which found in North America and Europe access to the internet (44% and 33%) and free media or social media (44% and 33%) are the most important factors contributing to
youth empowerment.5 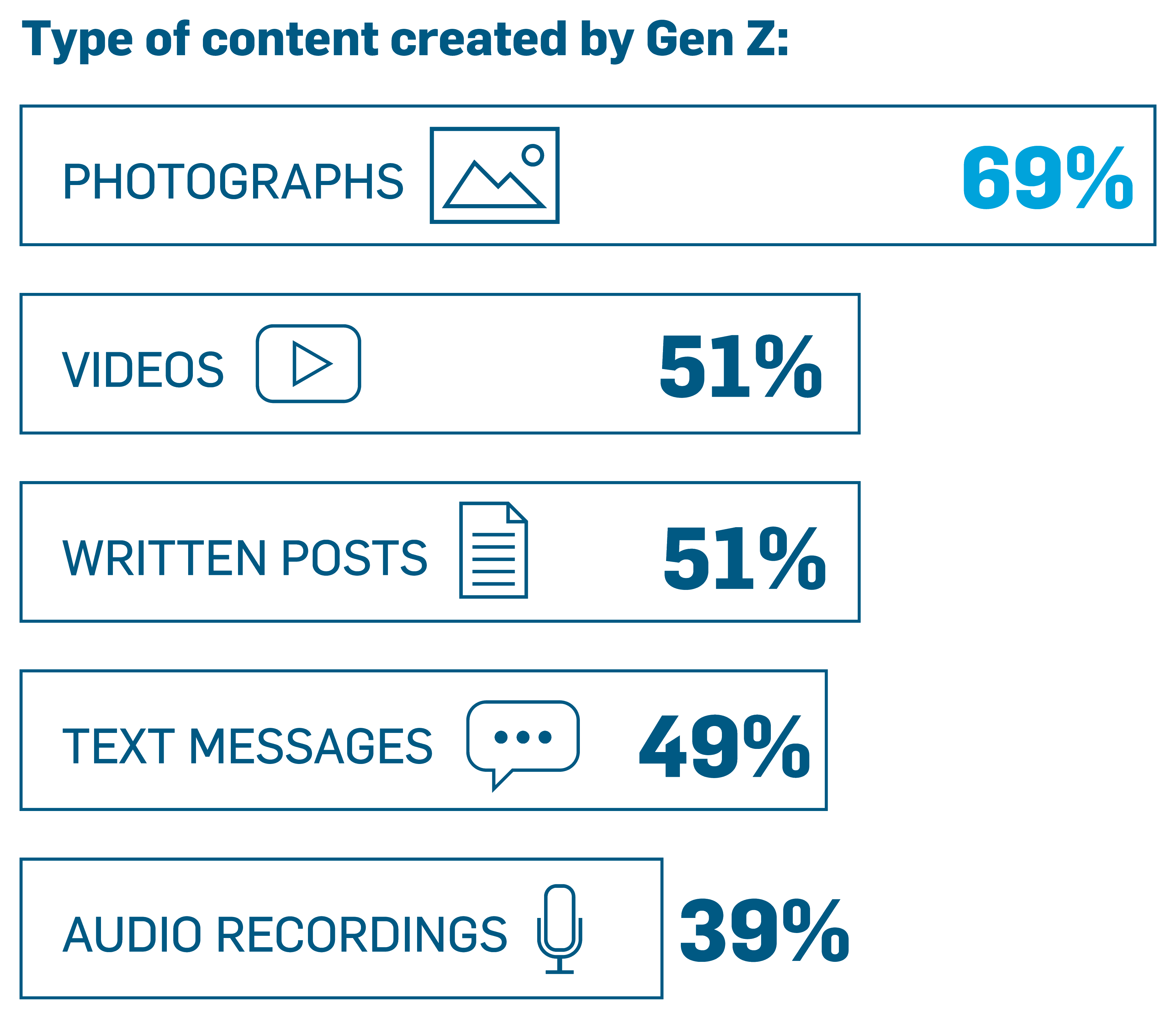 Gen Z and Millennials differ in the way they engage with social media. The most recent figures suggest across the UK, USA and Canada, Gen Z is switching from Facebook to Snapchat.6 Usage by Millennials remains stable. Video is an incredibly powerful medium – on YouTube alone, almost 400 hours of content is uploaded every minute.7 It’s the most popular social media platform for Gen Z.8

The younger generation is moving away from the more traditional channels too. Gen Z spends 10% less time watching TV than Millennials, that’s just over 13 hours per week compared with nearly 15 hours. And one in five Gen Z respondents say they don’t watch TV at all.

Instead, 70% of Gen Z representatives surveyed say they prefer streaming services like Netflix and, when asked which screen they would choose if they could only keep one, none of them chose the television.

Whatever the future holds, the content that is created for the younger generations must be engaging. Recent reports claim the average attention span of a Gen Z is just eight seconds.9 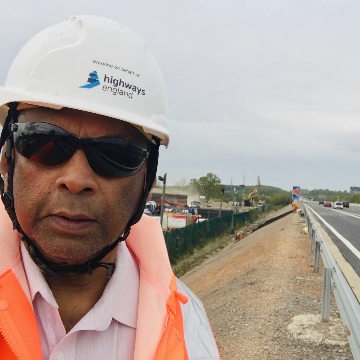 A day in the life of a key worker 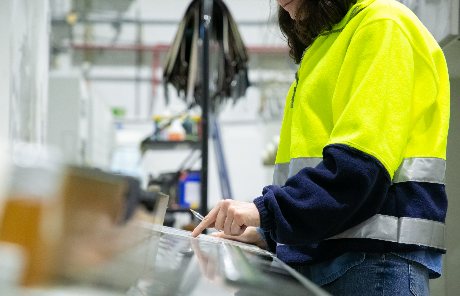 Women who redefined the engineering space with grit & perseverance 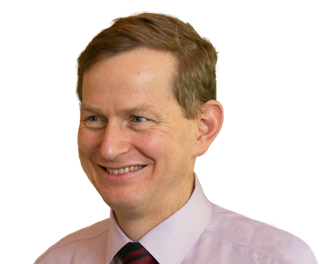 Life after the military - a perspective

The shift from battle-field to boardroom 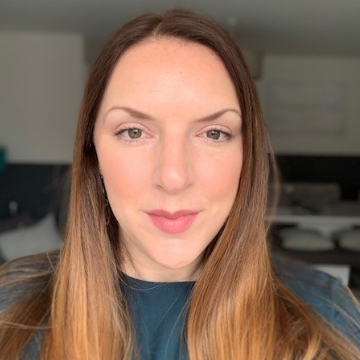 #INWED20 – Meet Sophie - from the armed forces to digital transformation

Clear
Consumers or creators?
Keyword: No Keyword
Options: No options
Location: US